It is time for our January Rudolph Days Challenge. I still have not figured out how to cut and paste the rules from an old blog post. This new blogger drives me crazy! I also have the problem that I have to insert the HTML codes to create paragraph breaks, etc. I have a wee list of certain directions beside my computer for whenever I write a blog post now! Just certain blogs are affected, it seems it depends on the format, etc of your blog. I have tried changing things up as they suggested, but it did not solve the problem.

So, if you need a rules refresher, please look back to previous posts from this fall that show the rules!

First up today is Linda at Snail's Space Blog.

Linda has made up some pretty cards and a tag for our inspiration. The card and the tag use the same bow die...I think I just might recognize the bow die she used on these, but will check her blog post for the details. Perhaps you would follow the hyperlink I attached to her blog name above, and leave her some praise!

The tag uses the same bow die and is so sweet. I love these non traditional colours! 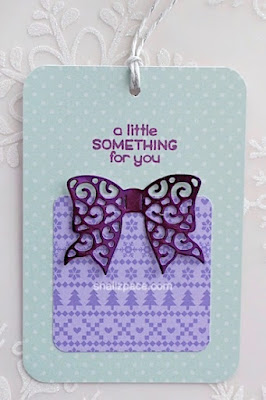 And now the best part!!! I think Linda has taken the waste from inside the die cut and created this New Years card. The confetti pieces look very much like I would imagine the die waste to be. Clever lady, our Linda! I really like the idea of using up the waste instead of just sweeping it into the trash. How about you? 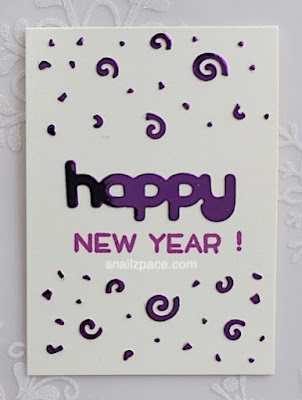 Jenny is having a wee break this month and so instead, I have done up three items for your perusal. I say items, as I did not make cards. Instead, I have made some tree ornaments which I used on the tree this year. I had so much fun making them, that I plan to make about a dozen in total! 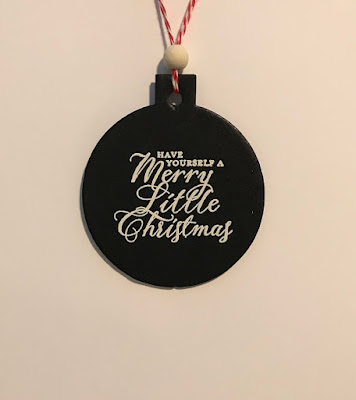 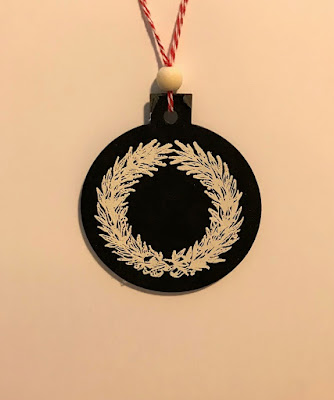 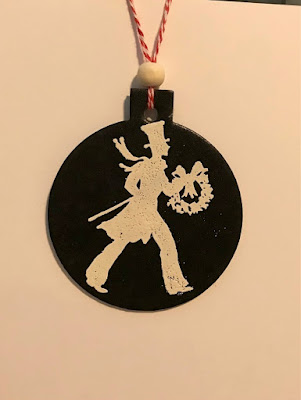 The black circles are wooden discs already cut into the shape of a tree bauble. I simply stamped a few different Tim Holtz images onto the discs with Versamark ink, and then sprinkled them with ivory matte finish embossing powder. I had to hold onto the bauble shape with tweezers when I used the heat gun as my fingers were getting a little too toasty. I stamped and embossed both side of the disc so that the design shows if the bauble hangs sideways.

I used some red striped twine for the hanger. I cut a piece of the twine twice the length that I wanted the hanger portion to be, and folded it in half. and slid the looped twine edge through the hole in the bauble disc. I then pulled the remaining tails of twine through that loop, and then pulled it taunt. I now had the twine lying in a nice sort of flat manner so I could slide the bead onto the twine and have it sit exactly where I wanted it. I took the two tails and guesstimated the length I wanted and tied a knot upon itself, rather than tying the two ends to each other.

I love the way they look, but might make up six in total like this and then do six more with plaim jute twine and a red bead for a little colour. I plan to use Tim Holt ink to make it red.

Thank you for the get well wishes I have received. I have had a painful hot lump, deep in my breast and also deep in my upper thigh, since late fall. I have a history of cysts in those areas ever since I was hospitalized three years ago at Christmas time. I caught MRSA while in hospital then and was in quarantine at that time. We do not venture out due to covid so at first my doctor was away and the locum doctor was not keen to give a script for antibiotics. She wanted me to come in and then be sent for a scan and then to a specialist to have it excised or removed. She was wanting to cover herself and me for a possibility of a cancer finding. Having been though this before, I knew that chances were high it was a cyst as to have it in breast and thigh has been the scenario each time. Also, there was a very slim chance that it would still be visible by the time all that was arranged, as it is months to see a specialist here and the same for scans. My doctor finally returned and gave me the script as he knows my history. I did have to have a renewal of the script as that is normal for me, and things seemed under control. Sadly, it has returned and so I guess I have to bite the bullet and go into the office so he can take a look. I am hoping he will just write a stronger script as you do have to have the right one, or just send me for an ultrasound as I do still think it is just a cyst. This would be much faster than a specialist and a scan.

It has thrown me for a loop as I did not even get all my Christmas cards mailed...I just could not get all the writing done comfortably. So, wish me luck, and if you usually get a card from me and were missed this year, that is why! I addressed all my cards and did the writing in them as soon as I noticed the lump so that I could isolate (quarantine) the cards in a bag, before sending them. If you did get a card, they all had a good spray of Lysol too!

The prize this month is a choice of this Woodware stamp set, Sketchy Pine Cones 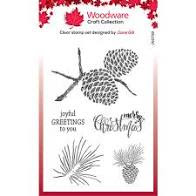 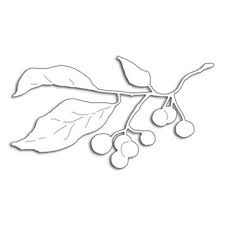 Sorry that it has taken me till today to draw the winner but I am still poorly. I hope to be feeling better soon as I am now on antibiotics.

I am so happy to tell you that The Rudolph Days Challenge has had 37 people who participated every available month!

This special prize draw for these participants is to honour that committment! 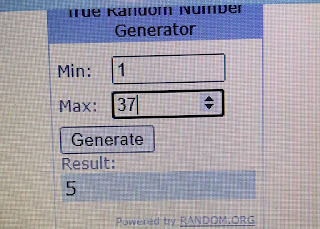 Jackie, could you please email me at maureenkane@telus.net and give me your choice of the prizes and your mailing address.
Posted by scrappymo! at 11:23 18 comments: